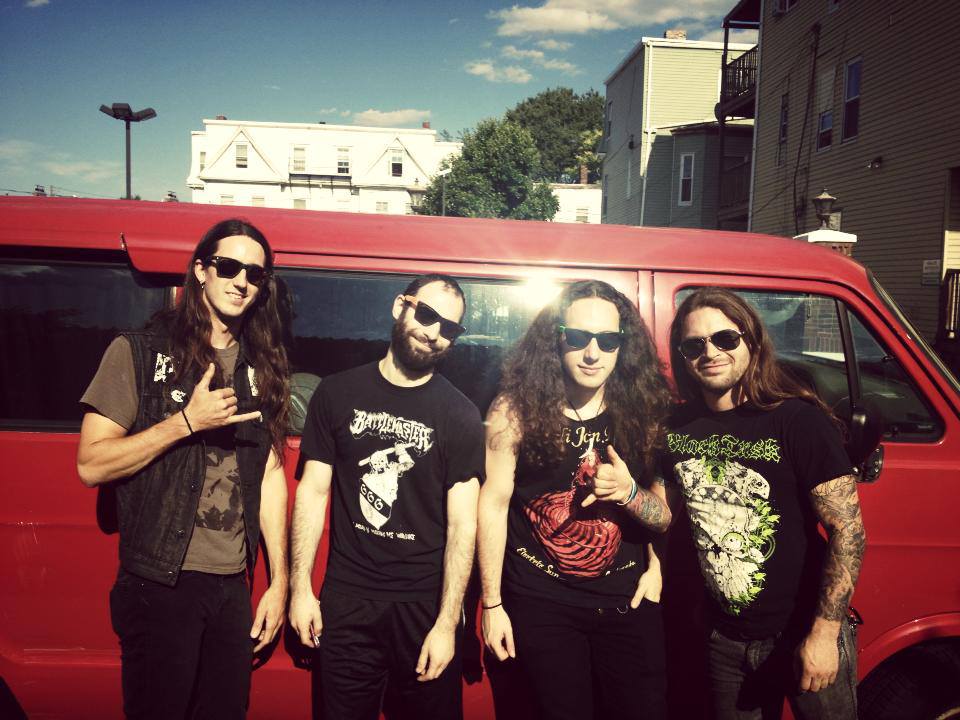 Boston-based thrashers RAZORMAZE have announced details for their sophomore album, Annihilitia. This high-octane assault of melodic tech-thrash is due out on July 16th in North America (with a global release date of July 23rd). The CD version will be available from Slaney Records, while digital downloads will be available via iTunes, Spotify, Rhapsody and CD Baby.

It’s tough to be a thrash band in 2013, but RAZORMAZE stand out from the crowd with their energetic live performance, soaring melodic vocals and highly technical riffing–it’s easy to see why Terrorizer Magazine claims they’ll “make you realize why you fell in love with metal in the first place.” Dubbed “Boston’s Thrash Kings” by Performer Magazine and voted Best Metal Act of 2011 by Boston’s Best Music Poll and The Boston Music Awards, RAZORMAZE never fail to deliver their metallic brilliance, even sharing the stage with genre-defining acts such as DESTRUCTION, HEATHEN, DEATH ANGEL, TOXIC HOLOCAUST, BRUTAL TRUTH, and SKELETONWITCH.

Vocalist Alex Citrone comments,“This is easily our heaviest, most technical, mature and well-written album yet. Two years in the works and it’s finally ready. We know it’ll be well worth the wait!”

RAZORMAZE recently premiered a new track, “Worshipping The Void,” which can be viewed below.