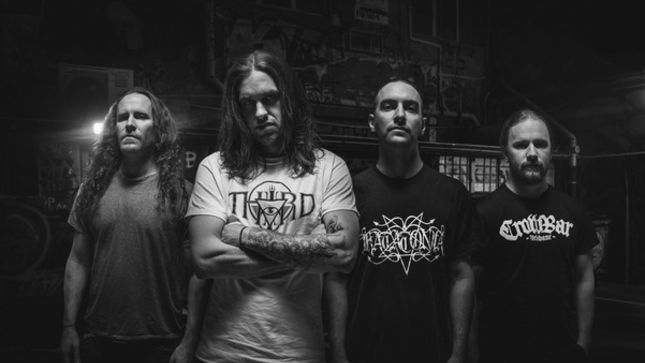 Tasmanian extreme metallists PYSCROPTIC have signed with Prosthetic Records, who will release the group’s new self-titled album worldwide (excluding Australia, New Zealand and Japan) in the spring. A new track from the upcoming release, “Echoes To Come,” will be available across all digital platforms next Tuesday, November 4th.

The band commented, “We’re very happy to finally announce the signing to Prosthetic and release new music we’ve been working on for the past two years. ‘Echoes To Come’ is taken from our upcoming self-titled album, which will see the light of day in early 2015.”

Isolation can often result in unique outcomes. Hailing from the tiny, cold, untamed and detached Australian state that is Tasmania, PYSCROPTIC have become an unparalleled act in the enigmatic worldwide movement commonly known as death metal. Fifteen years have passed since their formation in 1999, the band having since released five critically acclaimed studio albums, all of which show an organic progression along a clandestine path from which they will never stray.

PYSCROPTIC, who will tour Australia with Thy Art Is Murder in December, have performed in all corners of the globe alongside names that need no introduction to those in the know – Cannibal Corpse, Suicide Silence, Decapitated, The Faceless, Obituary, Carcass, Nile, The Black Dahlia Murder, Origin, Kataklysm, Aborted, Despised Icon, Suffocation, Veil of Maya, Cryptopsy, Misery Index, Vader, Born of Osiris, Hate Eternal… you get the picture, right? Metal legend Max Cavalera has also been sporting the band’s merch in recent promotional photos, bringing things full circle from the days when they were influenced by Sepultura in their youth. It’s safe to say that PYSCROPTIC’s place in the history of heavy metal is solidified, and that everything that happens from here on in is simply a bonus.