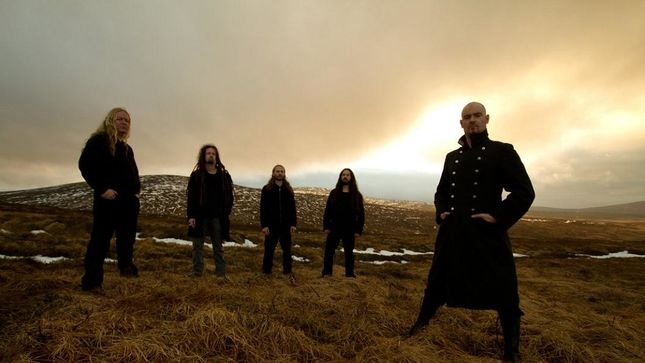 Irish metallers PRIMORDIAL have released the video for “Babel’s Tower,” a song from their album, Where Greater Men Have Fallen.

Comments the band: “It was really about time right? This far down the road that we made our first video eight albums in. So we trusted Gareth Averill and crew who also made our DVD a couple of years back. The traditional band jamming in a warehouse scenario was not something that entered our heads, we wanted something broad and cinematic, something visually striking and arresting. So we spent a couple of cold and windswept days standing on the side of a mountain in Ireland. Here you have it, and about time…”