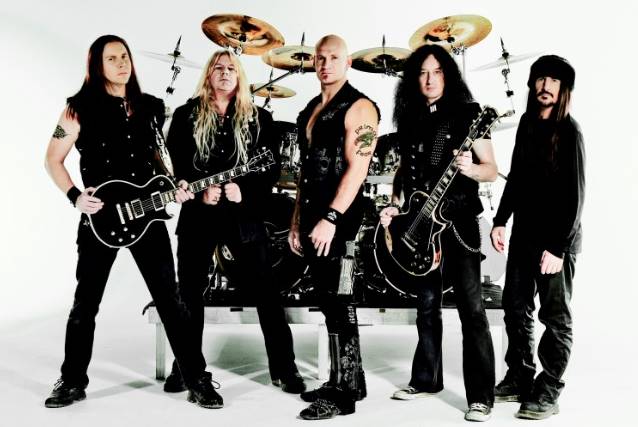 Veteran German metallers PRIMAL FEAR have revealed details of their forthcoming new album, Delivering the Black. The album – the band’s 10th – will be released January 24 in Europe and January 28 in North America.

PRIMAL FEAR’s “Eagles And Lions Tour 2014” will kick off in Germany on January 24 and will include stops in 10 European countries. Support on the trek will come from Swedish hard rockers BULLET.

PRIMAL FEAR will return to North America in the spring with a headlining run that is scheduled to launch April 29 in Baltimore, Maryland and wrap on May 24 in Rochester, New York.