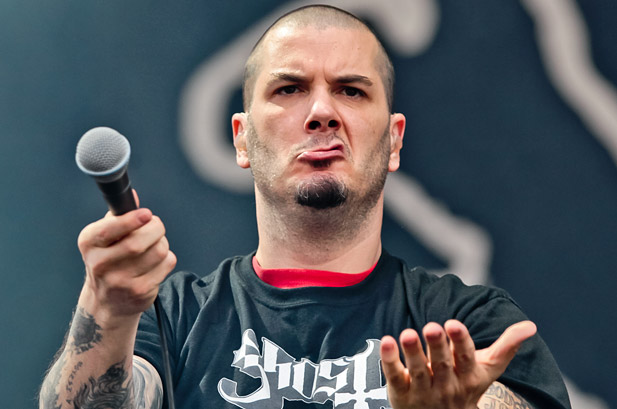 Tuesday marked the release date of Philip H. Anselmo’s first solo release, Walk Through Exits Only (why he insists on using his middle initial is beyond us). While the jury is still out, Walk Through Exits Only is an important step for Anselmo, a man who has attached his name to quite a few bands of varying degrees of quality since Pantera split in 2003. Naturally, this got the greasy gears in DR’s brain a-movin: Which is the best post-Pantera outfit Anselmo has been involved with? A brief rundown will help get you started, then vote in our poll below!

Arson Anthem: Flanked by his best friend, Eyehatedgod vocalist Mike Williams, the result is a metallic hardcore concoction that has released one studio album, Insecurity Notoriety in 2010.

Down: Formed in the early 90’s during Pantera’s brief downtime between Cowboys From Hell and Vulgar Display of Power, Down also featured members of Corrosion of Conformity, Crowbar, and Eyehategod. Commercial success has just eluded the band, although their NOLA debut is mandatory.

Philip H. Anselmo and the Illegals: As mentioned above, Anselmo’s first solo foray hit the boards in 2013. Promising to throw all of his influences into the proverbial blender, the man’s debut Walk Through Exits Only will be supported by some major touring throughout the rest of the year.

Superjoint Ritual: Designed to pay homage to the various crossover metal acts Anselmo dug during his halcyon years, Superjoint Ritual’s short-lived time on earth produced two albums, 2002’s Use Once and Destroy, and 2003’s A Lethal Dose of American Hatred.