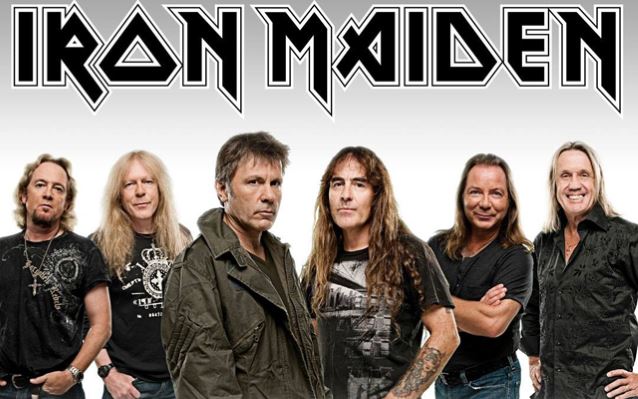 British heavy metal legends IRON MAIDEN have released an 8-bit video game based on the promotional clip for their new single, “Speed Of Light”. Fans can play the role of MAIDEN’s mascot Eddie in the “Speed Of Light” browser-based video game, available at the band’s web site.

The “Speed Of Light” video was produced and directed by Llexi Leon with animation and visual effects by The Brewery Production Company. This is the first music video for Llexi Leon, who is said to be a huge IRON MAIDEN fan. Creator of the cult comic book series Eternal Descent — an IP that digitally animated a cast list of metal and hard rock luminaries — Leon has further expanded into the video gaming industry. He chose to collaborate with The Brewery whoss previous film credits include 2010’s punk-rock inspired “Sex & Drugs & Rock & Roll” with Andy Serkis, 2012’s music festival-themed “Spike Island” with Emilia Clarke, and more recently were providing VFX for the Sky Atlantic biopic on Ian Fleming.

The video is a “homage” to four decades of video gaming juxta-posed alongside IRON MAIDEN’s 40 years of incredible visual canon centering on their talisman Eddie as he travels through space and time to complete his Herculean task.

The band’s Book of Souls album is due September 4.