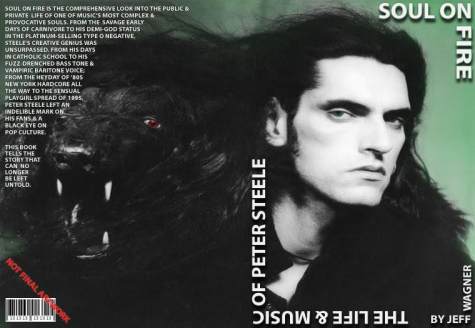 “As a fan and fellow bass player, strumming and holding Peter‘s bass guitar was an honor,” said Wagner. “It was also much heavier than I expected. Just having his bass in the room, you could feel his presence.”

“Soul On Fire – The Life And Music Of Peter Steele” will be, in Wagner‘s words, “a thorough telling of Peter‘s life, from his “diaper days” to his death. It will not only include analysis of the music he created in TYPE O NEGATIVE and CARNIVORE — and the many triumphs and personal tribulations that came along with it — but also let fans in on the details of his early days. The book will also feature numerous images from throughout his life, on stage and off.”

Wagner added: “Peter‘s fans miss him, and as a follower of his music since 1986, I’m proud to put together this tribute for them. While warring factions within the story have already been heard, my mission is simple: cut through the crap and tell one of the most extraordinary stories in modern music, with great respect to the subject himself.”

Culled from a variety of sources, including recollections from bandmates, family, close friends and record label reps, “Soul On Fire” is an accurate account of Steele’s creative genius and incredibly complex personality.

Steele was a visionary and a provocateur; a generous friend and a self-deprecating hedonist; a bandmate and a brother. His struggles with addiction and his acceptance of the Catholic faith he grew up with and then grew out of… all of this is surveyed and detailed within “Soul On Fire”.

The book is due for publication in October.

“Going through a midlife crisis and having many things change very quickly made me realize my mortality,” he told Decibel magazine in 2007. “And when you start to think about death, you start to think about what’s after it. And then you start hoping there is a God. For me, it’s a frightening thought to go nowhere. I also can’t believe that people like Stalin and Hitler are gonna go to the same place as Mother Teresa.”

Steele was born Petrus T. Ratajczyk on January 4, 1962 in Brooklyn, New York. He stood 6′ 7″ (201 cm) tall, and had a low, bass-heavy voice, which was one of the most recognizable features in TYPE O NEGATIVE‘s music.

Wagner is a music connoisseur and metal historian, and a former editor of Metal Maniacs magazine. He has penned incisive liner notes for releases by EMPEROR, POSSESSED, DARK ANGEL, CONFESSOR and others. A music industry professional since 1994 and a lifelong music obsessive, Wagner lives for what he writes about and writes about what he lives. 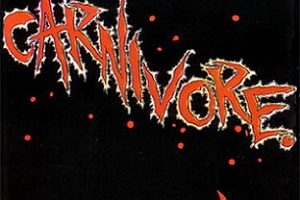 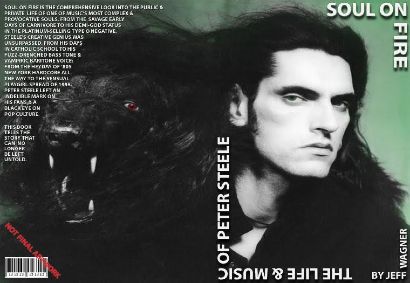