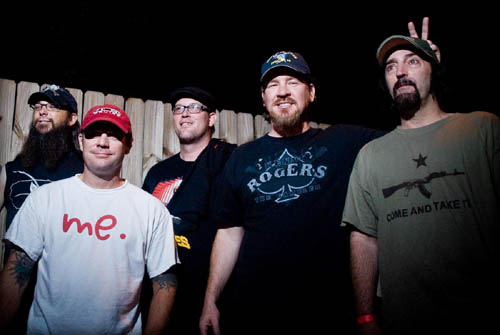 PASADENA NAPALM DIVISION, the Houston-based thrash metal outfit that features D.R.I. singer Kurt Brecht and members of DEADHORSE, have released a video for “100 Beers With A Zombie,” which can be viewed below.

PASADENA NAPALM DIVISION released their self-titled debut album in May with Brecht stating, “Fans of D.R.I. and DEADHORSE will rejoice. PND is what Thrash Metal should sound like in 2013.”

Pasadena Napalm Division was recorded at the Music Lab in Austin and features guest vocals from Tony Foresta (MUNICIPAL WASTE) and Argo (DEADHORSE.

The band has also announced a handful of Texas dates: