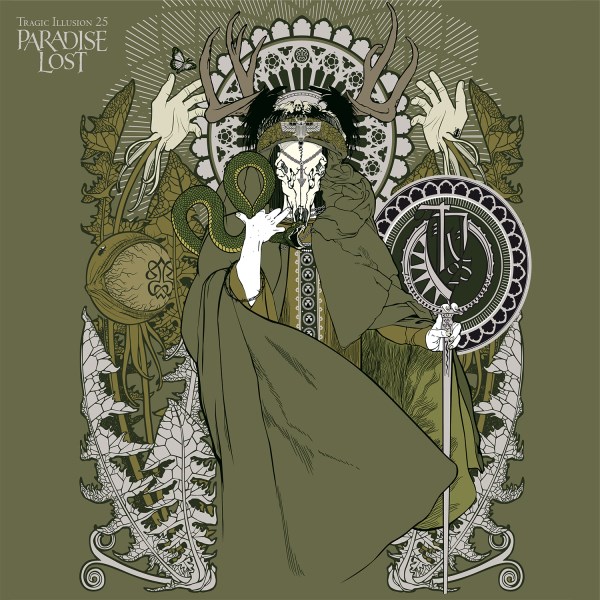 UK doom legends PARADISE LOST have continued to evolve since 1988 and to celebrate their influence on the scene, a special compilation will be released this fall to commemorate the band’s 25th anniversary. Tragic Illusion 25 (The Rarities) will be released on October 21 in Europe (October 29 in North America) and features artwork by Parisian designer Valnoir, who has worked with artists such as ORPHANED LAND, MORBID ANGEL, WATAIN to name a few and is available for viewing below along with the album’s track listing.