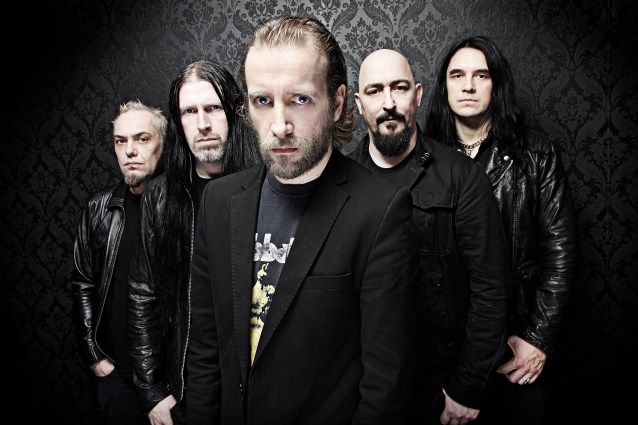 British Gothic doom legends PARADISE LOST have released the video for “Beneath Broken Earth,” which comes from their forthcoming The Plague Within album, which is due on June 2 (one day earlier internationally) via Century Media. The CD was recorded at Orgone Studios (GHOST, ULVER, CATHEDRAL, ANGEL WITCH) in London with producer Jaime Gomez Arellano.

Comments PARADISE LOST guitarist Greg Mackintosh: “I fucking hate metal band performance videos, so when I got told that we needed to do one, I was obviously annoyed but then came the idea to do a performance video of utter misery. The slowest song we have ever recorded.

“‘Beneath Broken Earth’ is utter, old-school PARADISE LOST doom/death song and doing a performance video with our miserable, old faces barely moving in a crappy, old basement was too much to resist.

“The director Ash has done a great job of capturing the sombre mood and has managed to make a performance video we can actually be proud of.”

The official lyric video for “No End In Sight” can also be viewed below.