OVERKILL Announce New Album To Be Released In March 2014 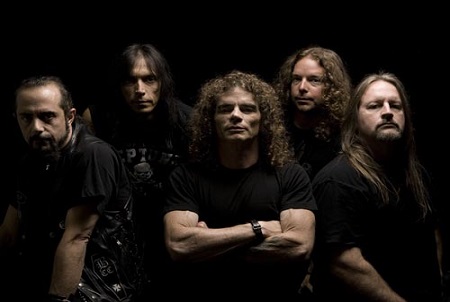 According a tweet from the band’s Twitter account,  New Jersey thrash metal legends OVERKILL are working on a new full length album, slated for a March 2014 release.

OVERKILL released a special limited-edition of its latest album, The Electric Age, in Europe on April 19 through Blast Records. The limited 2-CD tour edition includes the regular album as well as four live tracks on a bonus CD, recorded at The Metro in Sidney, Australia on September 25, 2010. The Electric Age was recorded and mixed at Gear Recording Studios in New Jersey which is owned and operated by OVERKILL bassist D.D. Verni. The Electric Age sold 6,500 copies in the United States in its first week of release to debut at position #77 on The Billboard 200 chart.