OVERKILL And SYMPHONY X Team Up For North American Tour 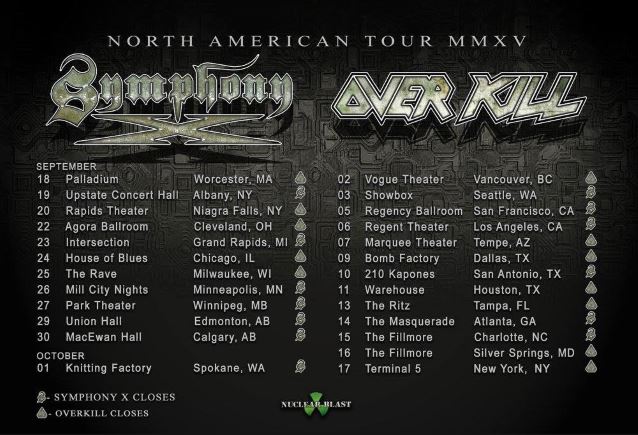 New Jersey metallers OVERKILL and SYMPHONY X will joined forces for a North American tour in September/October. The 24-date co-headlining trek launches at The Palladium in Worcester, Massachusetts on September 18, hits four Canadian cities, then wraps up with a very special night at Terminal 5 in New York City on October 17 — the first time in the bands’ combined histories that they’ll play a show together in their own backyard.

Advanced tickets for the confirmed tour dates below are on sale exclusively at EnterTheVault.com until April 15, when they go on sale everywhere. VIP packages include a meet-and-greet session with both bands and an exclusive poster.