Comments the band: “It´s official now. OBSCENITY has got a new singer. Please welcome Tobias Mueller in the band! He had his debut with Obscenity on the Extremefest Hünxe a few days ago. According our former singer Jeff Rudes … He left the band on his own decision to care about his family and his job. We all wish Jeff and his family all the best for the future!”

Commented the band:  “Atrophied In Anguish is the quintessence of diverse epoches of OBSCENITY. We combined typical ’90s melodic parts and leads with modern blastparts. The new album is a mixture of  The 3rd Chapter and  Cold Blooded Murder with a giant sound that goes without Lego-Trigger and other technical stuff.” 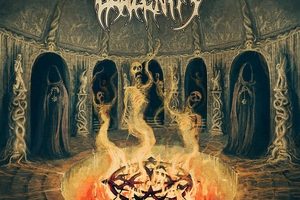