In an August 2014 online posting, Lilker stated about NUCLEAR ASSAULT’s future: “In 2015, it will be 30 years since NUCLEAR ASSAULT solidified our lineup and started making a name for ourselves in the metal/crossover scene. To commemorate this, the band will write and record another album and play some shows for a ‘Final Assault.’ The live front will be of a limited nature due to the reality of people in the band having careers that they can’t just walk away from for the time needed to go tour the world like we did in the ’80s. Nevertheless, we will try to do whatever we can, especially in the summer, to get out there and thrash for everyone again. Progress on writing music will not go quickly due to a couple of facts; we are geographically challenged, so we can’t just jam once a week like we used to, and we want to make sure that this album is really killer so we can go out with a big bang.” 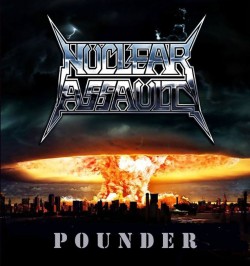