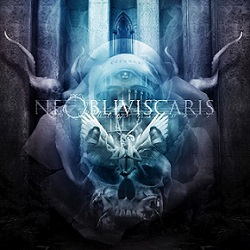 Inching closer and closer to the end of 2014 (as our staff picks have started coming out as well), November usually marks the last of “the big guns” that labels try to push out before we get too close to the coming year. Most of the big ones hit early, with Ne Obliviscaris being championed by a number of the DR staff (again, catch our best-of lists for proof). Featuring huge song lengths that still manage to hold the listener’s attention, creative usage of strings, and a killer combination of diverse vocal work and intricate guitar riffing, it’s hard not to get caught up in what Ne Obliviscaris is offering. Particularly for such a young band; plenty of future promise with these guys.

An exerpt from Matt Coe’s review, which posted November 5th:

Where Ne Obliviscaris differ from the pack is the use of progression and melody, often in contrasts that when heard together, make logical and soulful sense. The clean vocals of Tim Charles for instance on “Painters of the Tempest (Part II)” give atmospheric depth, alternative charm, and take the genre to different heights, his ability to hold high notes at the end of this 16 minute plus arrangement gave me spine tingling chills. His violin work is not fiddle-like in a folk sense, but truly from a classical meets progressive rock background, as if the band Kansas were to study the greats from the Baroque or Romantic eras.