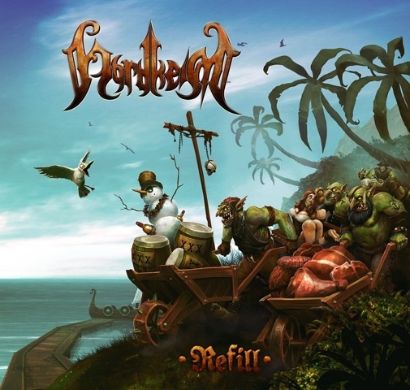 Canadian folk metal band NORDHEIM have posted two new lyric videos for their new songs “Get Drunk Or Die Tryin’” (with a special guest vocals performed by Norway’s TROLLFEST), and “Winter’s Dawn”, both taken from their sophomore album, Refill. Their latest effort was released on May 13 by Maple Metal Records. Both videos are available for streaming below.

Refill was recorded at Badass Studio, Montreal, QC, Canada in the winter of 2012/2013 and produced by Jef Fortin (NEURAXIS, AUGURY, BLACKGUARD). The artwork was created by Nicolas Francoeur of Vorace Art, who was also the brainchild behind the artwork of NORDHEIM’s 2010 debut album Lost In The North.