Today, Romanian metallers NEGURA BUNGET are giving fans a taste of what is to come on the band’s forthcoming album, Tau. NEGURA BUNGET have released a music video for their new song, “Curgerea Muntelui” and is available for streaming below.

NEGURA BUNGET drummer Negru comments: “The images for the ‘Curgerea Muntelui’ video were filmed on various locations on Cerna and Retezat Mountains. Some studio photos were also used by the visual artist Daniel Dorobatu (who’s in charge for the whole visual content of NEGURA BUNGET’s upcoming trilogy) to merge into a layered and geometrical exploration of the natural elements.”

Gind A-Prins, the upcoming vinyl single, was recorded at Negura Music studios, produced by NEGURA BUNGET and Mihai Neagoe “Mtz”, and features two tracks: “Taul Fara Fund” [Abysmal Mire] and “Curgerea Muntelui” [Of The Mountain’s Flow]. Tau is scheduled for spring 2014 while the song “Curgerea Muntelui” serves as a concrete teaser, the single features an exclusive version of it. “Taul Fara Fund” will only be featured on the single, and with its focus on ambient and world music.

The seven-inch vinyl single is limited to 500 copies and will be released by Prophecy Productions on October 4. The EP can be pre-ordered by emailing contact@negurabunget.com. 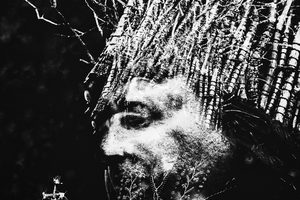 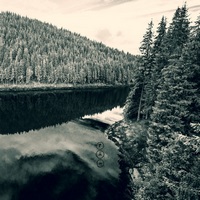 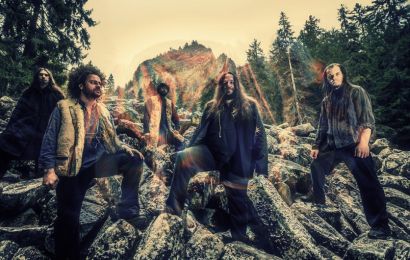