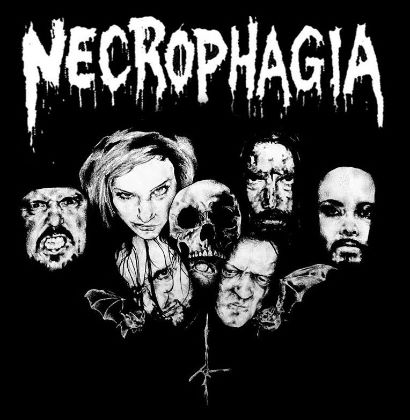 NECROPHAGIA have completed the re-recording of WhiteWorm Cathedral. A Fall 2014 release is expected via Season Of Mist.

Late last year, NECROPHAGIA released a new single, “The Wicked.” The song was written and recorded in August of 2013. Says the band: “It is not going to be featured on WhiteWorm Cathedral. It is an exclusive FREE download. It’s our way of saying thanks for the years of support. The delay of WhiteWorm Cathedral is not something we expected. It is no way the fault of the band or our record label Season Of Mist. We completed the basic tracks in November 2012. It’s been sitting and collecting coffin rot at James Murphy’s studio for almost a year. Broken promises and missed deadlines galore. We are not waiting any longer for James to finish it. We have started re-recording WhiteWorm Cathedral. Crank this up. We will see you on tour very soon. Gore Forever!”

The lineup for WhiteWorm Cathedral is:

Get your free download of ‘The Wicked’ at this location. The track is streaming below: 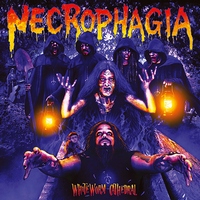