NE OBLIVISCARIS To Have Song Studied At Sydney Conservatorium Of Music 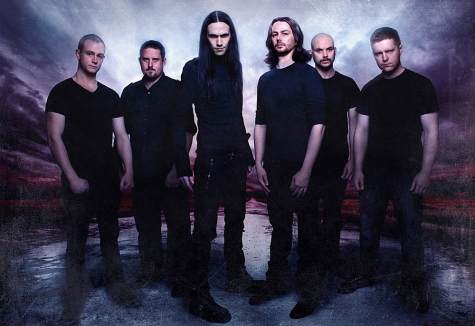 “And Plague Flowers The Kaleidoscope,” a song from Australian extreme metallers NE OBLIVISCARIS will be included in a teaching curriculum at the Sydney Conservatorium Of Music, one of Australia’s most prestigious classical conservatories. The track will undergo a compositional analysis by Professor Matthew Hindson, Chair Of Composition at the conservatorium.

Hindson is a world-renowned classical composer whose works have been performed by ensembles and orchestras throughout the world. His recent ballet music, for example, has been presented by such companies as the Birmingham Royal Ballet, the San Francisco Ballet and the National Ballet Of Japan.

Hindson commented on the event, saying: “I will be presenting ‘And Plague Flowers The Kaleidoscope’ to the composition students at the conservatorium next semester as an exemplar in structure, mixing timbres, meters, modes, how to approach virtuosity, sound and noise, extended performance and techniques. The students will need to study two technical aspects of what NE OBLIVISCARIS have done in their music, and then use these techniques in their own classical music compositions.”

The professor continues: “It is my pleasure to introduce such high quality music making to our students, alongside other music by composers including Beethoven, Gershwin, Steve Reich and Peter Sculthorpe. Musicians deserve to hear the music of NE OBLIVISCARIS, and the music of many other metal bands, in order to appreciate the compositional complexity that lies within it, no matter what their musical tastes.”

Melbourne’s NE OBLIVISCARIS stand apart from their peers by infusing metal with avante-garde approaches to jazz, flamenco guitars, and progressive black metal. With adventurous, progressive, and nuanced compositions NE OBLIVISCARIS is a band with profound depth and a musical proficiency at the highest levels. With their first demo, The Aurora Veil, in 2007, NE OBLIVISCARIS garnered significant word of mouth within the metal underground. In 2012, their self-produced debut album, “Portal Of I”, showcased their unique array of influences and dynamic songwriting, and sent shock waves through the metal underground once again. Met with even more praise, “Portal Of I” made several “Best Of 2012” lists (Germany’s Metal Hammer, No Clean Singing, Metal Injection)

NE OBLIVISCARIS is currently in the middle of writing its Season Of Mist debut, with plans to record late 2013.