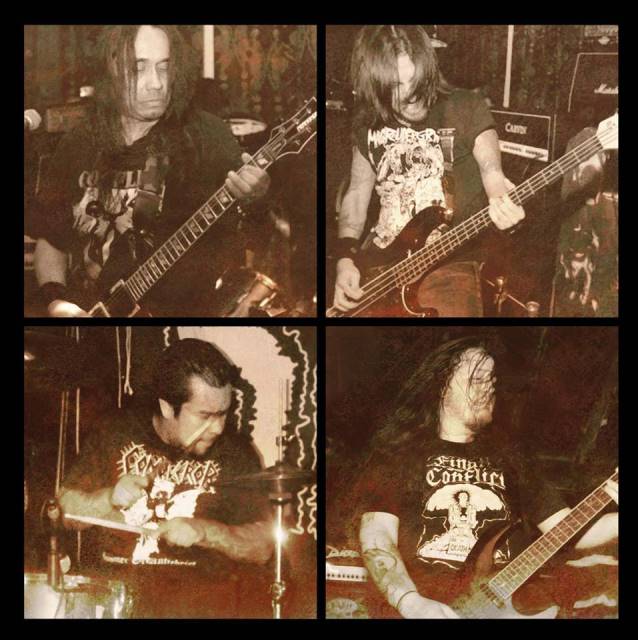 The album was recorded by Sean Vahle, (DIS, Phobia, Exhumed, Murder Construct, Intronaut) and mixed/mastered by Alejandro Corredor (Exhumed, ENSLAVED). The new album will feature a slew of new grinders like ‘…And We Suffer’ and ‘Hate and Deception’, alongside vintage and unreleased tracks like ‘Falsely Accused’ and ‘Does God Need Help?’. The band has been very active in the live arena for the past 3 years, performing at the Maryland Death Fest, Power of the Riff Fest, shows alongside REPULSION, NAILS, NASUM, and most recently a European Tour that included a headlining spot at Bloodshed Fest in Holland, Hell Inside Fest, and Dresden Metal Fest in Germany. Next year the band is scheduled to play Mexico and Europe again. With their strongest line-up to date and proper label support, NAUSEA are ready to reclaim the legendary status that is rightfully theirs.

Condemned to the System will be available January 7th.