NACROTIC WASTELAND – the new band featuring NILE guitarist/vocalist Dallas Toler-Wade – have posted the lyric video for “The Shackles of Sobriety.” NARCOTIC WASTELAND’s debut album will be released digitally on Wednesday, January 15 and will be made available via the band’s web site as well as iTunes, Spotify and Amazon. Physical copies of the CD will also be available the following week on the group’s web site. 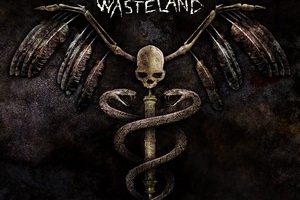