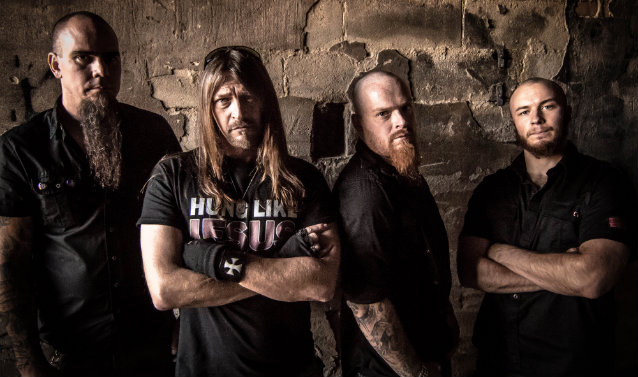 Sweden-based metallers METHANE have released a brand new song titled, “Scars And Bars” and can be streamed below. The track is taken from their forthcoming EP, which will be released on January 31.

METHANE is a four-piece band formed by Tim Scott, former bassist for HATEPLOW and REVENANT. The group’s current lineup is completed by Jimi Masterbo (HELL PATROL) and Dylan Campbell on guitar, and Andreas Strom behind the drum kit.

METHANE formed in the fall of 2012 when Dylan moved to Sweden. Tim contacted Jimi with the idea of moving away from death metal towards a more progressive style of metal music. The three members started sharing ideas and influences, writing metal songs with country overtones on a heavy PANTERA-esque groove. Andreas was brought in to help the writing and is said to have “quickly became a permanent cog in the METHANE machine”.