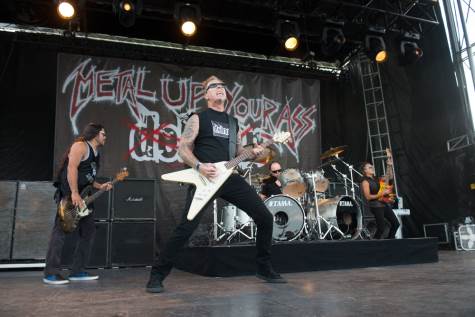 According to Blabbermouth, METALLICA surprised attendees of the 2013 Orion Festival at Belle Isle in Detroit, Michigan by playing its Kill ‘Em All debut in its entirety.

After word got around that a band called DEHAAN was set to play the event’s Vans Damage Inc. stage at 4:30 p.m., the METALLICA members themselves came on and reeled off songs from Kill ‘Em All one by one, including such classics as “Hit The Lights,” “Seek & Destroy” and “No Remorse.”

Photos of the set are are available at Overkill.pl.

Kill ‘Em All was originally released through the independent label Megaforce Records on July 25, 1983.