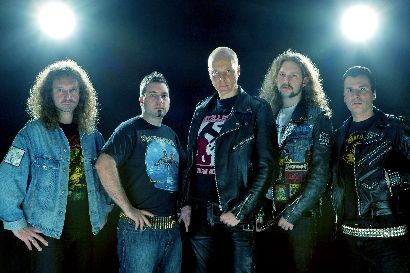 Germany’s METAL INQUISITOR have inked a deal with Massacre Records. According to a press release, “the band’s goal is to play music that’s influenced by traditional heavy metal, that’s why their sound is often referred to as NWOBHM.”  In March, the band released the vinyl single ‘Trial By Euthanasia’ featuring Jess Cox (ex-TYGERS OF PAN TANG) and Brian Ross (SATAN, BLITZKRIEG).