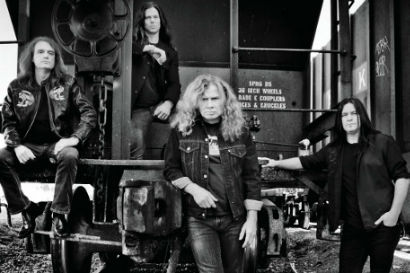 MEGADETH have released the title track from their upcoming fourteenth studio album, ‘Super Collider’ which may be heard here. MEGADETH recently teased fans with a preview clip of ‘Don’t Turn Your Back‘, gloating the traditional MEGADETH thrash riff and vocal stylings of Dave Mustaine.

Most likely something along the lines of what fans had expected from Megadeth while the song, ‘Super Collider’ is far different. The title track is a definite departure from MEGADETH’s roots and will most likely enlist a mainstream crowd.

The lyrics for the chorus of  ‘Super Collider’ seem to be uninspired as Mustaine sings, “On the high road, I will take you higher / ‘Til the world explodes, just like a super collider.” This track is anything but super (and quite boring).

Tell us what you think of MEGADETH’s new song using the comments section below.