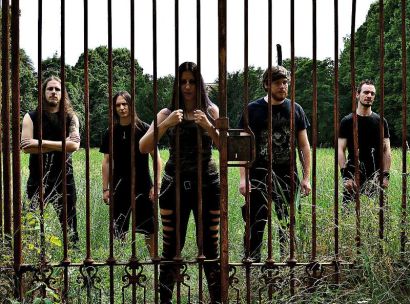 “Keeping an underground band together is one of the most difficult tasks that a band leader has. (Frontwoman) Lucy is always working hard for her project MECHANICAL GOD CREATION) and honestly, we always supported her choices plus trusted everything she said since they are the oldest band in our roster. We never let her down and we never let departing members creating so much damage to drive MGC at its end either. In fact once again Lucy is now announcing a new lineup change but we can feel that there’s new found strength and integrity in her words. OK, we are ready, and I think they are too.”

Lucy states: “During the last few months, many things happened and changed the future of the band, in my opinion with a positive result. We had too many differences within MGC that led me to make a drastic decision: a change that should have happened months ago. My bad, I closed my eyes and I went ahead and let the problems there making the situation even worse. Sometimes from bad experiences we learn a lot but we don’t find the strength to start again from scratch.Luckily I’m not the kind of girl that leaves thing behind and my sacrifices have paid off specially thanks to the support of the people who believed in me from the very beginning. Because of them I was able to retrieve this project. I started to sing with new excitement…

“With new people and I felt immediately a good feeling in all respects. I’m really happy to introduce you all the new members of the MECHANICAL GOD CREATION: Salvatore Duca on bass, Mirko Frontini e Francesco Calligaris on guitars and Carlo Molinara on drums. With this new lineup we are already working new material for the next full-length.”