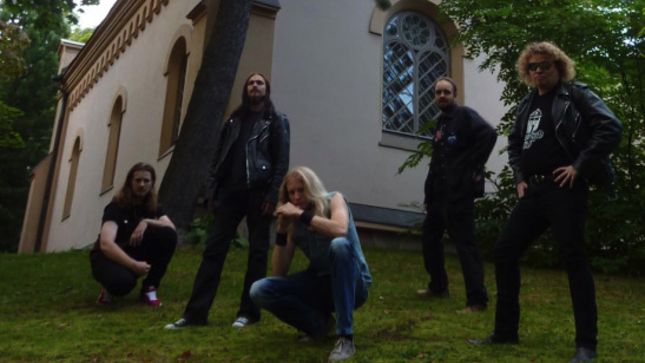 Rarely in the past few years has any metal scene’s newcomer has been able to craft such authentic sounding, classic heavy metal music with the passion and energy that MAUSOLEUM GATE put into their debut album. Their appearance on the scene out-of-nowhere came so unexpectedly and shockingly, but immediately turned some heads, as the band has been invited to play the next edition of famous German Keep It True Festival in April 2015.

Inspired by the late 70s / early 80s metal sound, these Finnish lads know perfectly where to hit to provoke the most positive reactions among fans of the NWOBHM’s sound, die-hard aficionados of the twisting sounds of Cirith Ungol, and lovers of 70s rock greats such as the Scorpions and Uriah Heep. The presence of unusual keys (Mellotron and Organ mainly) gives this album a spooky and somewhat tragic atmosphere, with long suites such as “Lost Beyond the Sun” and “Mausoleum Gate” serving as the highest peaks of an opera prima that will not pass unobserved.

1.Magic Of The Gypsy Queen
2. Demon Droid
3. Lost Beyond The Sun
4. Mercenaries Of Steel
5. There Must Be Demons
6. Mausoleum Gate 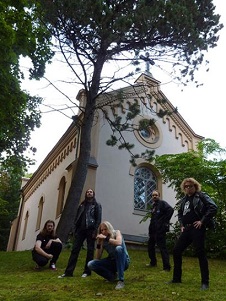