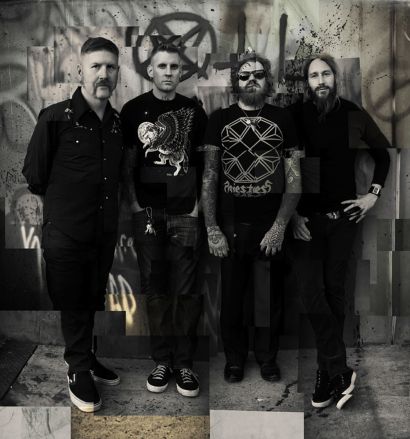 Atlanta progressive metallers MASTODON are streaming a sample of “Chimes at Midnight,” a song from their forthcoming Once More ‘Round the Sun album. The album will be released by Reprise Records on June 24. It was recorded in Nashville with Grammy Award-winning producer Nick Raskulinecz, who is known for his work with RUSH, DEFTONES, FOO FIGHTERS and ALICE IN CHAINS.