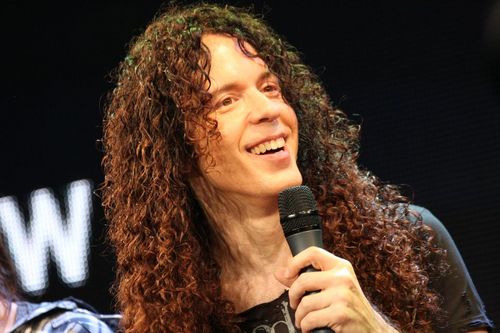 Former MEGADETH guitarist Marty Friedman is streaming the lyric video for “Sociopaths,” a song from his forthcoming Inferno album. The track, a collaboration with REVOCATION guitar whiz David Davidson, can be viewed below.

In addition, Inferno breaks all genre rules and creates new ones with an exhilarating and musically daring mash-up with Jørgen Munkeby of the acclaimed “blackjazz” act SHINING, as well as two tracks featuring vocals by rock guru Danko Jones. Overall, Inferno is by fa Friedman’s most thrilling and adventurous effort to date.