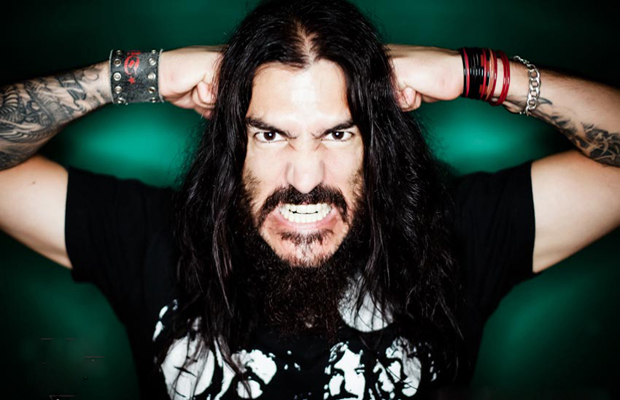 San Francisco Bay Area metallers MACHINE HEAD have announced the first round of tour dates in 2014 for North America. The 11-date “Killers & Kings Tour” will serve as an album primer for more dates in the U.S., but more importantly will hit numerous cities that MACHINE HEAD hasn’t headlined in for over a decade, or in several cases, never headlined, or even played, at all.

Says MACHINE HEAD vocalist / guitarist Robb Flynn: “When we played the [Rockstar Energy Drink] Mayhem festival last year, we decided to do some warm up dates beforehand to shake off the rust. We decided to book them into extremely small, intimate venues where we could put on a really intense show without our usual bells and whistles. These venues were in (what is known in the touring industry as) ‘B and C markets’ (basically, not New York, Los Angeles, Chicago, Detroit, etc…). We played in Spokane, Portland, and Fresno, and the shows were so fucking amazing, so fucking hot and sweaty, so fucking life-affirming, and just so much goddamn FUN, as soon as we were done, we vowed that we had to do it again and go on tour in America hitting all the places that we rarely ever get to.

“Part of the reason we don’t hit these places, is that sometimes their local economy just can’t afford to pay as well as a major city. As a band, MACHINE HEAD have always made the effort to re-invest in our band rather than pocket the money. We’ve done a lot of tours where we lost buttloads of cash, all in the name of giving our fans the best show of their lives. That is what is most important to us.

“And with that said, we’re probably gonna lose some moolah doing this club run. But you know what? The way we look at it, this is also re-investing in our band, by investing in the most important thing we have, YOU! It’s giving the die-hard MACHINE HEAD fans, the Head Cases in the nooks and crannies of America, the places that are often starving for live music, something special and unforgettable.

“And local bands you are welcome to jump on in every city.

“Because this will be the first time that we’ve ever played a lot of these cities, we’re not even sure if we HAVE fans there, but we believe we can break even!!

“So Head Cases, all that I ask of you, is that if you live in or near any of these cities, and are excited about MACHINE HEAD coming to your town on the ‘Killers & Kings Tour’…

“Call people, text people, email people, share, tweet, pester, harass, guilt, and shame motherfuckers into going and having a great goddamned time at a MACHINE HEAD show!! The better these shows do, the better the chances of us coming back. It’s a risk for us, but you guys are worth the risk!

“We’re all in this together!

“HELP US start a tradition of being able to hit the nooks and crannies of America EVERY MACHINE HEAD tour!! Make history, my friends!

“See you on tour!

As part of this year’s Record Store Day on April 19, MACHINE HEAD will release a 10-inch vinyl single, with the A-side containing the “demo” version of a new song, “Killers & Kings”. The B-side will be a cover version of the track “Our Darkest Days” from one of MACHINE HEAD’s favorite bands, IGNITE.

Other songtitles set to appear on the new MACHINE HEAD album include “Beneath The Silt”, “Eyes Of The Dead” (formerly “Ojos De La Muerte”), “Sail Into The Black”, “How We Die” and “Night Of The Long Knives”.