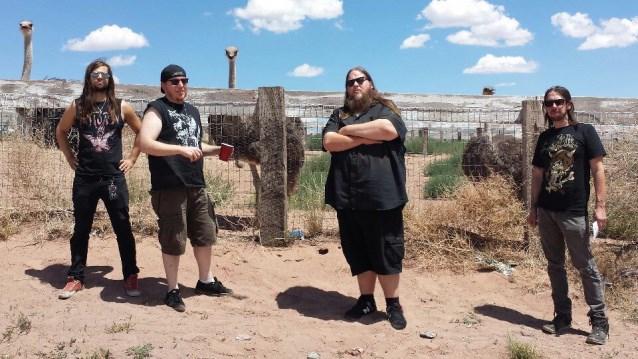 Portland, OR doom crew LORD DYING have posted the video for “Dreams of Mercy,” a song from their recently released Summon the Faithless album, which was released in July via Relapse Records. The clip was shot by Whitey McConnaughy, who has previously worked with RED FANG and can be viewed below.

In a time where everyone is trying to out-sludge or out-doom each other, LORD DYING gives something less than a fck. They are a metal band with members of BLACK ELK , PORTALS, LE FORCE, and CREMAINS, who in their short time as a band have shared the stage with RED FANG, DOWN, UNSANE, YOB, VALIENT THORR, GHOST and many others.

After a quick break from touring the U.S. with labelmates HOWL, LORD DYING will return to the road with VALIENT THORR and RAMMING SPEED. These dates kick off September 9 in Denver, Colorado and run through September 25 in Nashville, Tennessee. The band also has confirmed a festival appearance at Philip Anselmo’s inaugural Housecore Horror Film Fest alongside PIG DESTROYER, DOWN, REPULSION and many others.