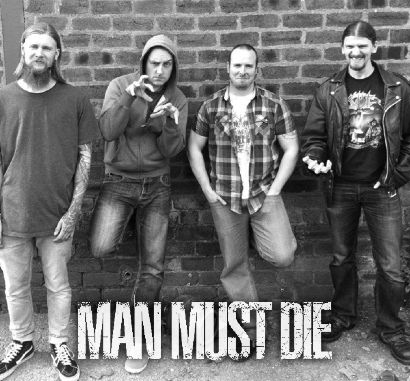 Scottish extreme metal maniacs MAN MUST DIE have penned a deal with Lifeforce Records for the worldwide release of their next album. The band is currently putting finishing touches on the upcoming release at Valvetone studios which is expected to arrive in late October.

MAN MUST DIE are an extreme metal band hailing from Glasgow, Scotland. Formed in 2002 and originally born of the founding members’ desire to push their music to new levels of intensity and brutality, the band’s dedication to their craft has since manifested itself in a rich touring history, sharing stages with such acts as EXODUS, MACHINE HEAD and DECAPITATED.

MAN MUST DIE is: