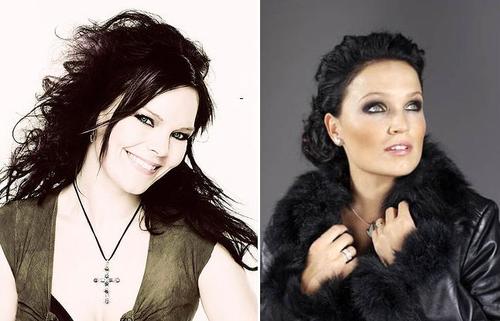 Former NIGHTWISH singer Anette Olzon has lavished praise on the new solo effort from her NIGHTWISH predecessor, Tarja Turunen, calling it “[Tarja’s] best album so far,” as reported by Blabbermouth.

In an August 24 posting on her official blog, Anette wrote: “I am sitting listening to a great album together with my morning coffee and the album is Tarja’s new album, ‘Colours In The Dark’. I can say that if you like Tarja, go and get this album on August 30th. It’s really her best album so far, even if I like them all, but she has definitely found her own style and this album is really great! I especially like the beautiful choirs and her voice is just perfect in all the songs and the guitar sound is great!”

Turunen was fired from NIGHTWISH at the end of the band’s 2005 tour, and was subsequently replaced by Olzon in 2007 after a global singer search.

When a female fan commented on Anette’s blog posting by saying that she was proud of Olzon for writing about Tarja “so beautifully considering [the] circumstances [under which Anette] became NIGHTWISH’s new vocalist,” Anette repied, “I have never ever had anything against Tarja and have her albums at home. What the men in NIGHTWISH do and did has never been supported by me.”

Olzon abruptly left NIGHTWISH last September in the middle of the band’s North American tour. Former AFTER FOREVER and current REVAMP singer Floor Jansen was tapped as her replacement.