Swiss-Norwegian duo LETHE has revealed the cover art for their When Dreams Become Nightmares debut, which is set for an early 2014 release via Debemur Morti Productions. The artwork was realized by Norwegian artist Robert Høyem from Overhaus (MONOLITHE, SAHG, KAMPFAR).

Comprised of Tor-Helge Skei (MANES) and Anna Murphy (ELUVEITIE), LETHE commented “We are proud of becoming part of the Debemur Morti family… a label that have all the qualities we need to be able to have a nice cooperation, and shares many of the same ideologies and opinions as us: open-minded, forward-thinking, not afraid of being different or stand out from the crowd, a strong focus on aesthetics, attention to details, and astonishingly supportive… what more could we ask for? We don’t think we could find a better place to be!”

The duo released their first EP Come Look At The Darkness With Me on November 6th and can be downloaded for free at Bandcamp. 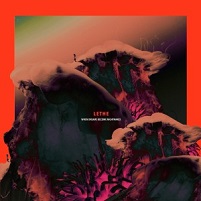