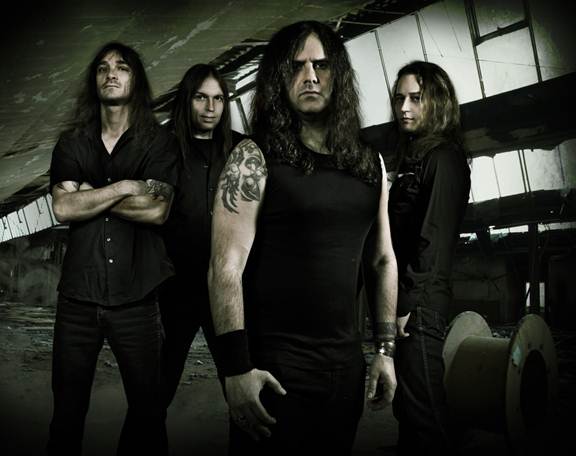 German thrash overlords KREATOR have made “Dying Alive” as the title of their concert DVD/Blu-ray, tentatively slated for release later in the year.

KREATOR have also announced a way that fans can be a part of the upcoming DVD and KREATOR history. Surf on over to www.kreator-dying-alive.com, e-mail the band your coolest picture showing you and your friends at a KREATOR live show or simply you wearing a KREATOR shirt, vest or anything. The deadline for submissions is June 3.

KREATOR will tour North America this fall with fellow thrashers OVERKILL. Frontman/guitarist Mille Petrozza shared the following about the scheduled sonic devastation: “We are more than excited to play with the strongest thrash metal band that ever came out of New York – the mighty Overkill!  They’ve been a major influence on KREATOR and they are killer guys.  Our friends from Warbringer will also join us.  It does not get more brutal than this! ”

KREATOR’s new album, “Phantom Antichrist” sold 3,900 copies in the US in its first week of release. The CD landed at #1 on the Top New Artist Albums (Heatseekers) chart, which lists the best-selling albums by new and developing artists, defined as those who have never appeared in the Top 100 of The Billboard 200.