One of Norway’s leading extreme metal bands, KEEP OF KALESSIN have announced the release of their next epic masterpiece; Epistemology. The release date is set to February 16th. According to a press release, “Prepare to be blown away with jaw dropping guitar riffs and drums of doom!”

The band’s previous album, Reptillian, was released in 2010 via Nuclear Blast. 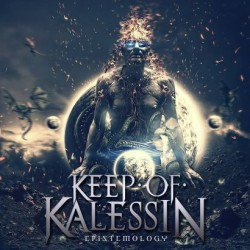