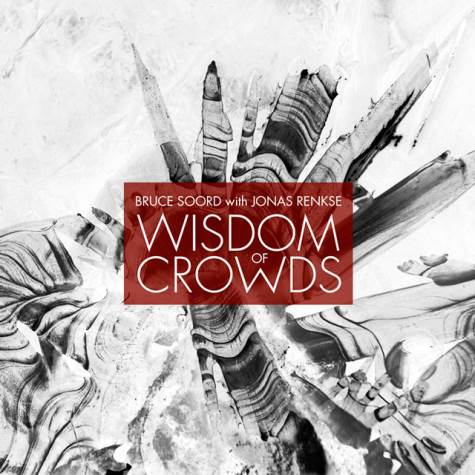 Jonas Renkse of KATATONIA fame has joined forces with Bruce Soord from THE PINEAPPLE THIEF in a new project titled WISDOM OF CROWDS. According to a press release, Soors wrote the music with Renkse’s voice in mind (always a good move), eventually seeking out the singer to complete the songs for an eventual release.

“The sonic tapestry of ‘Wisdom’ is very different to The Pineapple Thief,” said Soord. “TPT has evolved into a distinct sound, so with this project I was able to let my ideas run amok! I was able to use everything I have grown to learn and love about music, while still producing a cohesive record.

“As for Jonas, I’ve wanted to work with him since the first time I heard his voice on The Great Cold Distance. I just didn’t think it would be possible because he’s so busy. So I was bowled over when we were able to make it happen early this year! His voice is absolutely perfect for this project, and he elevated the record to a whole new level. You’ve really got to hear it to understand what this record is about.”

Added Renkse, “This project attracted me because the songs were good, and it felt like they would suit my voice. Bruce is a very talented musician/producer; I really like what he is doing in The Pineapple Thief, so I looked forward to work with him.”