KATAKLYSM To Kick Off World Tour In November 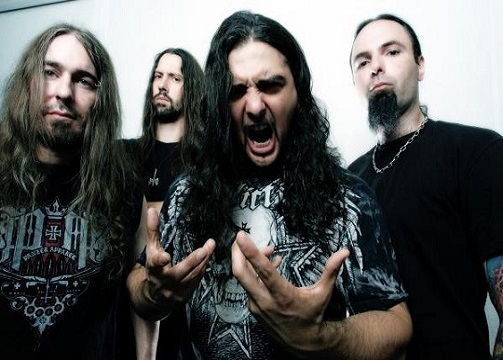 “A world club tour is in the works in support for the new mega album Waiting For The End To Come (tentatively scheduled for an October release through Nuclear Blast); the band will start its campaign with Canada, Australia, Japan and Europe from November to February 2014 as part one of the massive campaign. Mixing mode of the new album is about to begin (with Zeuss), rehearsals are underway, Bloodstock in the UK is next in August and the world is about to tremble. New death metal hymns, from the worlds most lethal road warriors are coming.”

Guitarist Jean Francois Dagenais is producing the album, which will be mixed by Zeuss (SUFFOCATION, HATEBREED, ARSIS).
Other newly-revealed song-titles are: “If I Was God…I’d Burn It All,” ” Under Lawless Skies,”  and “Kill The Elite.”

In regards to the new material the band say “It’s dangerous and strong … we are sure Zeuss will crush this production.”

Waiting For The End To Come will feature drummer Oli Beaudoin, formerly of NEURAXIS, behind the kit in place of Max Duhamel who left the band due to personal issues with alcohol.