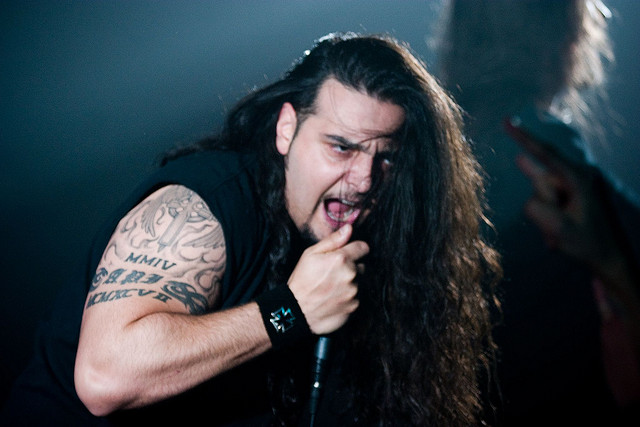 Frontman Maurizio Iacono of Montreal, Quebec, Canada-based death metallers KATAKLYSM is the latest to chime in on the controversy surrounding Rolling Stone using the image of alleged Boston Marathon bomber Dzhokhar Tsarnaev. Here’s what he had to say via his Facebook page:

Rolling Stone magazine: If they had to put something, they should have put his brother’s blown up face on the cover with ‘this is what happens to idiots’ instead they put this fucker and glorify him, looking like a rockstar.

“Really? I’m not a reader of this mag, but I’ve known it all my life and always saw it as the pinnacle of ‘if you’re a musician and you make the cover of Rolling Stone, you made it big time.’ It took AC/DC their entire career to make the cover of this mag because they were snobbed by them, [yet it only] took this kid some explosives and guns.

“Shooting sprees and bombing places are becoming a trend. Why? Because of the media making it so. ‘I’m nobody, I’m depressed, let me blow up something, so at the very least I’ll get my face on the cover of Rolling Stone. Now I’m somebody.’

“I’m not putting the cover on [my Facebook page] because I dont want to contribute to this nonsense, but I want to express my anger and sadness that people lost their limbs, lives over this and here we are talking about ‘how this perfect harmless kid became a monster.’

“Fuck you and disgusted.