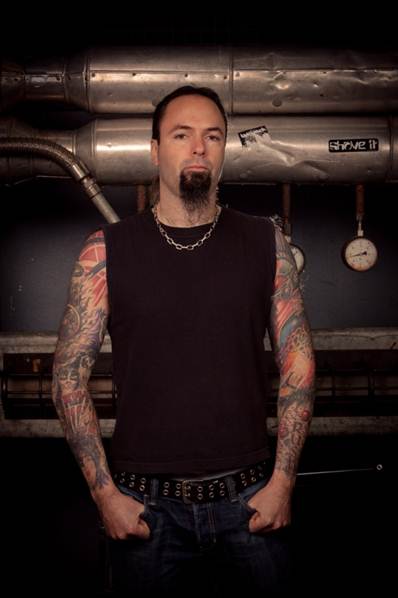 Max Duhamel, drummer of the Montreal based death metal powerhouse, KATAKLYSM, recently announced that he is taking a break from the band and won’t be performing on their new record. “I have been struggling with many personal issues the last year but lately, the main one has been alcohol,” commented Duhamel previously. “It’s been affecting my body in a very negative way  to the point that when I came home after the EX DEO tour we just did, I tried to stop drinking for few days and it’s been very hard without having any with drawls symptoms. I’ve also lost a lot of weight as some of noticed recently and I’m not in good shape.”

KATAKLYSM have released the following statement in response:

“We as a band of brothers stand by Max‘s decision to get better and to rise from his demons. We all have them; some of us try to hide them and pretend they don’t exist, some of us have the courage to confront them. Max has shown strength to fight his. We stand by him and hope that he returns home when he is ready. In the meanwhile, I want everyone to know for those who haven’t seen the Iron Will documentary that this band’s story is one of drama, pain and the long road to victory. We will practice what we preach on our album and we will come out swinging hard and strong with this new record. We will find a suitable replacement and we will announce him in the next few weeks. We will not disappoint any of you. We have read the messages of encouragements you have posted; we have the best fans. As the saying goes ‘the show must go on.’ Here’s a cool clip we found from Rocky that describes well what is to come from your  veterans (http://youtu.be/dtjGvBnAxVE). ‘Horse power.’ See you soon.”

The new album Waiting for the End to Come is tentatively scheduled for a late 2013 / early 2014 release. The album will be recorded by guitarist Jean Francois Dagenais and mixed by Zeuss (SUFFOCATION, HATEBREED, ARSIS).