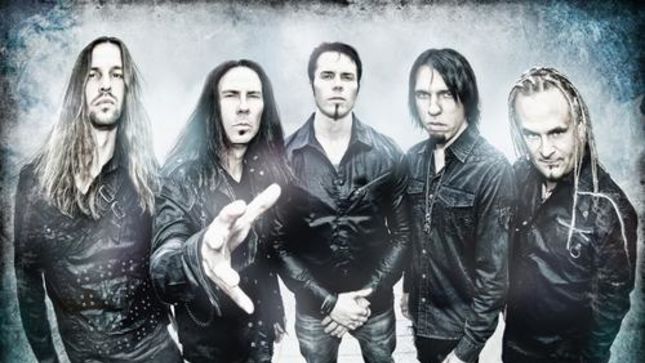 Multinational metal band KAMELOT have released a new video for the song “Falling Like The Fahrenheit.” The video was directed by Ville Lipiainen (NIGHTWISH, HIM, APOCALYPTICA) and was filmed during the band’s performance at 013 in Tilburg, The Netherlands.

KAMELOT guitarist Thomas Youngblood and keyboardist Oliver Palotai spent time last week in the Stuttgart area of Germany “working on the final parts of the next KAMELOT album,” according to Youngblood. He added: “It’s going great and we have lots of music and ideas in store.”

KAMELOT’s follow-up to 2012’s Silverthorn is tentatively due next spring via an as-yet-undetermined record label.