July 2014 Album of the Month: Fallujah’s “The Flesh Prevails” 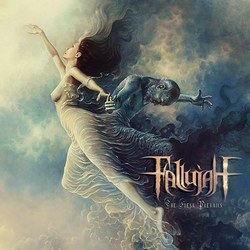 Fallujah has jumped in leaps and bounds since their debut, The Harvest Wombs. Applying the death metal formula and injecting it with atmosphere has been the key to the band’s success thus far and The Flesh Prevails revels in it. They never sacrifice their death metal roots or their emotional depth to go for the ‘easy’ hit. Everything about The Flesh Prevails is meticulously layered and structured in a way that begs to be revisited and enjoyed again. Ground-breaking stuff indeed.

The Flesh Prevails never takes the easy way out, instead designing a journey meant to challenge the listener. The further you venture into the album, the more nuances appear to entice you to continue forward and listen again.