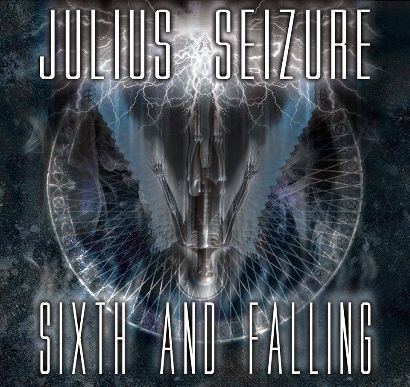 Last week, Clifton, New Jersey-based melodic metal outfit JULIUS SEIZURE released their new single “Sixth And Falling” along with a B-side, “Second Coming.” The tracks are cut from their August 2013 release, Trials. Now the band has released the official music video for ‘Sixth And Falling’, directed by Patrick Canavan.

JULIUS SEIZURE is one of those bands with unlimited energy, which is why I like working with them,” Canavan. “They got out of a five hour car ride with five guys crammed into one Jeep, and blew the crew and I away on the first take. You don’t see guys with this level of intensity often.”

“The concept of this video revolves around a demon character named ‘Rage.’ We see his awakening, and follow him through the night as he begins his hunt for human prey,” adds Canavan. “During this we will be flashing to another character I’ve been calling ‘The Painter.’ His sanity level is dropping rapidly as he tries to finish his painting. I don’t want to give anything away just yet, but I will say that Rage and The Painter will converge at the end for an intense closing scene.”

The band has a packed schedule for 2014 with a constant outpour of new music, videos, and shows, including a stop at this year’s New England Metal and Hardcore Festival on Thursday, April 17th.