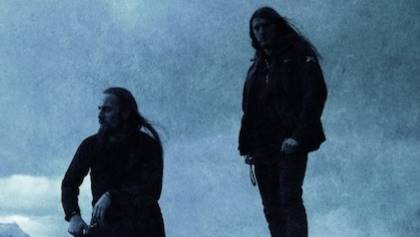 Norwegian black metallers ISKALD have released a trailer for their forthcoming Nedom Og Nord album, which is set for a January 14 European release via Indie Recordings.

According to a press release, “this new masterpiece is a tribute to their artic, majestic and dark home — the northern part of Norway. ISKALD (‘ice cold’ in English) makes you feel like you’re alone on the top of an iceberg in the middle of an artic storm!

“‘Nedom Og Nord is by far [ISKALD’s] most epic album to date, containing six long masterpieces, each with different lyrical themes. T his is their first Norwegian-entitled album, in which half of the lyrics are based on their mother tongue.

“And finally, their self-titled song ‘Iskald’ was finished and put on the new record. It’s a monumental hymn dedicated to the surroundings and people of their home; Nordland.”