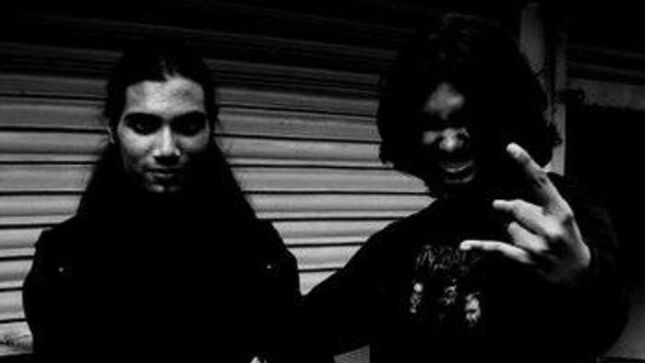 According to the Telegraph, A young man arrested in Dhaka as an Islamic State (ISIL) volunteer to fight in Syria was a serious rock singer and guitarist with a recording contract with a British music company.

Asif Adnan (pictured at left in image above), 26, was arrested in Bangladesh after he and another man were recruited by Samiun Rahman, a 24-year-old London minicab controller, to travel to Syria to join Isil militants, police said this week.

All three men are now in custody on terror charges and face life sentences if they are convicted. According to police, Samiun Rahman had turned to militant Islam just over two years ago after he was arrested by police in London for being drunk. He sought an Arabic teacher to help him learn the Quran in the Middle East, before travelling Syria and then, earlier this year, arrived in Dhaka to recruit new fighters to join Isil’s campaign.

According to police, their plan was to travel first to Turkey posing as Tabligh pilgrims, followers of a more morderate school of Islamic thought, and then cross into Syria.

All three men deny the charges, while Asif Adnan’s family submitted a bail application which portrayed him as a serious student of economics and successful rock performer rather than an aspiring Jihadi.