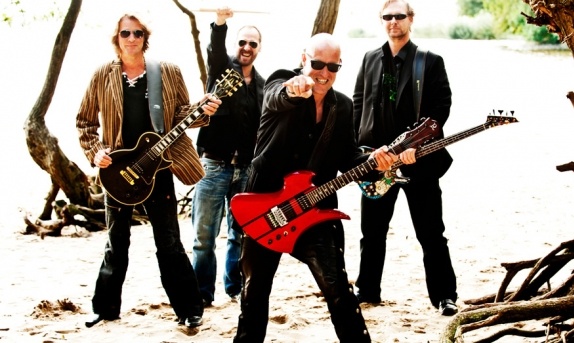 Some news from the IRON SAVIOR camp: final approach for finishing songwriting. Working like a maniac to have all songs ready to record by the end of September. I will take two week break in Andalusia where I hope to catch some nice swell (I’m a pathetic boogie soft boarder, haha). When getting back to Hamburg by mid of Oktober, I’ll start mixing the new STORMWARRIOR right away, followed seamlessly by recording drums with Thomas for IRON SAVIOR. After that all vocals will be nailed to start mixing by early November to deliver everything by the 25th.

Keep your fingers crossed that this really tight and ambitious schedule is working out! Release is scheduled for February 28th, 2014. Felipe Machado is working on the artwork already and I can’t wait for the first draft.

So, that’s it for the moment. All the best to all of you!”