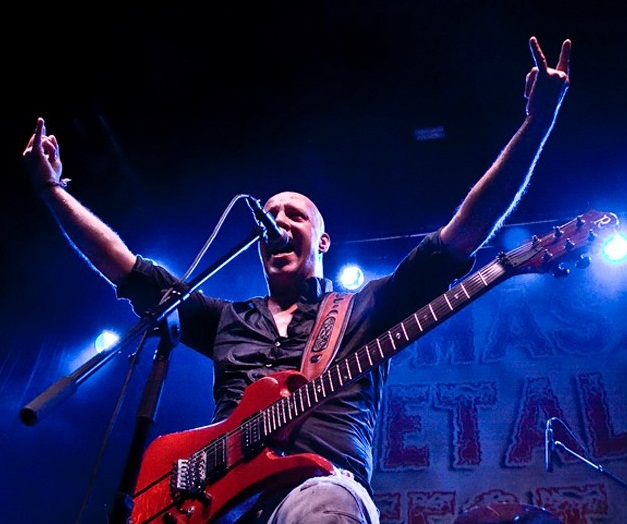 IRON SAVIOR frontman Piet Sielck has checked in with the following update:

“Hey Folks, hope you are all well. We are on the final approach finishing the new album scheduled for February 28th, 2014. The drum recordings went really smooth. Thomas did a great job again and his Premier Kit sounds so damned good again. Looks pretty much like a total sample-free album again. Jan is laying down his bass tracks and I will get back to vocals and mixing right after finishing the mix of the new STORMWARRIOR album (which will be awesome). We also did a nice photo session for the album artwork while Felipe is working at full throttle on the artwork. Final delivery deadline for the audio master is December 18th. We also managed to come up with some nice video shots which will be cut within the next two weeks. So stay tuned for a first little teaser song on YouTube.”