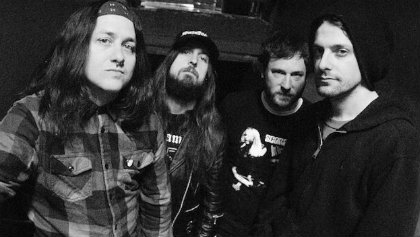 The EXHUMED/IRON REAGAN split 12-inch will be released on January 7, 2014 via Tankcrimes.