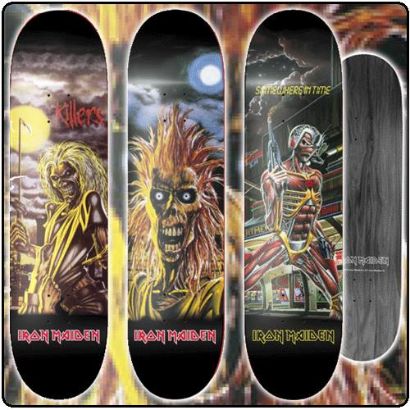 British metal legends IRON MAIDEN will be releasing a set of three skateboards, each depicting one of their classic album covers with 1980’s Iron Maiden, 1981’s Killers, and 1986’s Somewhere In Time.

More information on the boards are available at this location.

MAIDEN is reportedly due back in the studio in early 2015 to begin work on the follow-up to 2010’s The Final Frontier.