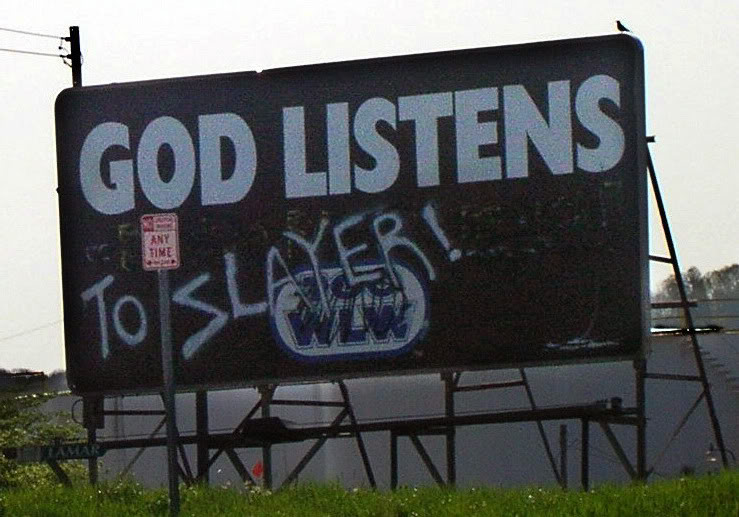 In the wake of SLAYER guitarist Jeff Hanneman’s death, the directors of the International Day of Slayer – the Slayer-centric holiday that sprang to life on 6/6/06 – announce a change in the status the celebration of this year’s version of “the world’s first heavy metal holiday.”

“With the passing of Jeff Hanneman, it would be reasonable to assume that the 2013 celebration of the International Day of Slayer would be a somber one,” said Hessian spokesperson and International Day of Slayer CEO Jim Tate, “but nothing could be further from the truth. This year more than any other demands full engagement and celebration from Slayer fans and hessians across the globe.”

Tate explained that the term “Hessian,” derived from the long-haired maniacal mercenaries of the revolutionary war, is a term of cultural self-reference for metal fans.

He explained that the significance of the International Day of Slayer goes far beyond Slayer. “The outside world was once again forced to reckon with us as a cultural movement when they acknowledged the loss of one of metal’s most important figures, so it would be a mistake to simply hang our heads and close up shop. Jeff made music that was loud and defiant, and we must continue to uphold this standard in how we commemorate him and represent the hessian community,” said Tate.

Many commentators view Slayer as the “archetypal metal band” because of their uncompromising approach, their weaving of a mythology combining technology and occultism, and their unapologetic pursuit of a lifestyle apart from what modern society considers normal. In fact, some consider Slayer the saviors of heavy metal, which was veering toward the populist path which would lead to its assimilation by rock music, and absorption into a “metal-flavored” version of rock for sale as a mainstream product.

International Day of Slayer CTO Dag Hansen spoke up on this point. “Pizza wasn’t invented in Italy, Chinese restaurant food was invented in New York, Sri Racha sauce was created in California, Dutch ovens aren’t Dutch and French fries have no relation to France,” Hansen. said. “We don’t want metal to become another culture absorbed by the money machine and turned into a pale imitation of itself.”

“We at IDoS ask you to again stand up in the name of Slayer, in the name of metal, and in the name of Jeff Hanneman, and remind the rest of the planet that we are here, and we will not be going away anytime soon,” said Tate. “Good music is heroic and ultimately immortal, and now more than ever, the music of Slayer is exactly that. They created the battle hymns that so many of us have used to navigate our lives, ones we will continue to rely upon to as the days ahead grow ever darker. We cannot let these works fade with time. It is sometimes hard to remember that Slayer is comprised of mortal men like ourselves, but with the proper dedication and stewardship, their works can last a thousand years and join the ranks of masters like Beethoven and Wagner. This is what we must strive for by insisting on bands like Slayer for us and future generations.”

Reminding listeners that as every year, this year the International Day of Slayer will be on the same date, with the same agenda. “Join us. It is never too late to make your voice heard. Metal is the mission, Slayer is our weapon. On June 6th, stand with us to celebrate as visibly as we can,” said Tate. “Don’t go to work, listen to Slayer!”